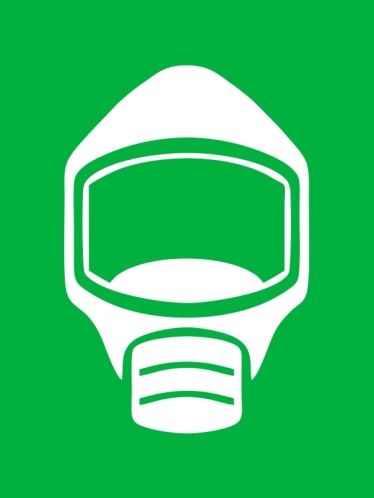 Please read the Media Release announcing the launch of the new range of smoke hood designs.

The design has been created to fill a gap internationally and to ensure a consistent approach can be adopted to identify these important safety devices.

During a building fire it is common for smoke to leak throughout the building (generally upwards) which may cause some parts of the building to fill with smoke, even though the fire is on another level.

We believe that everyone deserves a safe means of egress from a building during an emergency, including those that may face some extra challenges negotiating an egress route. Unfortunately, unless the building has an evacuation lift/elevator or smoke protected safe refuges this might mean that people who are unable to evacuate via a stairs might experience toxic smoke whilst they await assistance.

When discussing sprinkler protected and non-smoke protected refuge floors, the NFPA in the U.S has stated

“Yes, the area might become smoky or misty and be scary to a person who remains behind when most others have evacuated, but it is not dangerous”.

One could ask if it is acceptable to leave people at risk of breathing in toxic smoke, particularly for those that have respiratory conditions or are unable to get down below the smoke layer as the area becomes untenable. 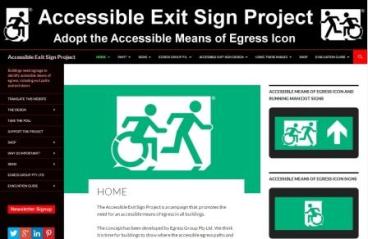 Accessible Exit Sign Solutions. The use of the ‘Accessible Means of Egress Icon’ within signage strategies provides a clear, pictorial message for occupants, to identify those exits that are accessible, and those which are not accessible.